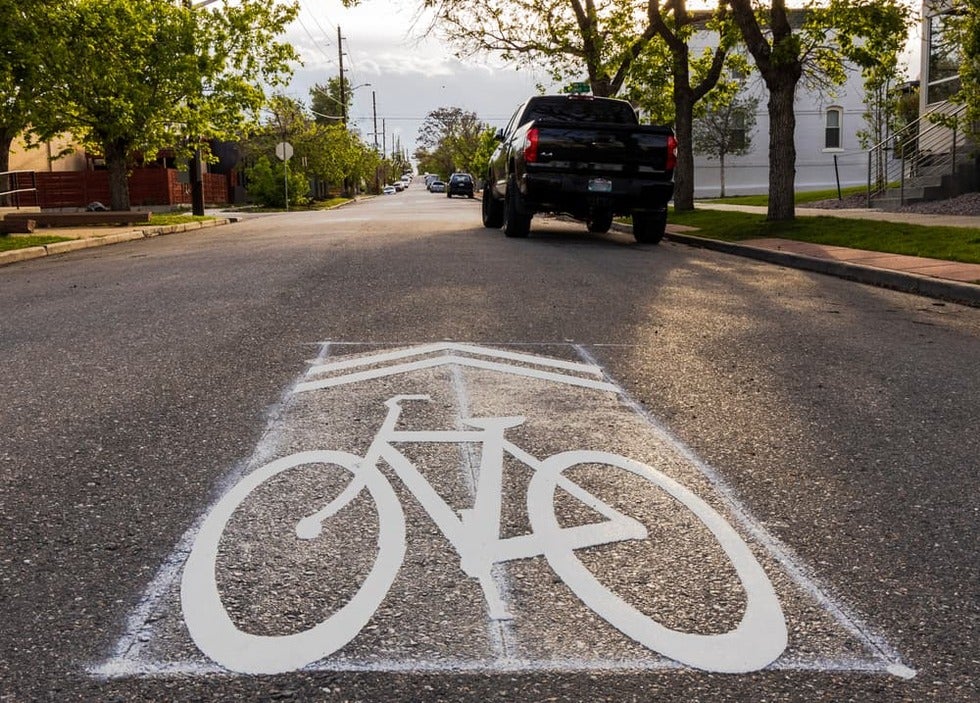 According to the Bicycling Manual published by the Colorado Department of Transportation, the most significant aspect of Colorado's bicycling legislation is that cyclists have the same rights and obligations as all other vehicle operators. Essentially, bicyclists are entitled to the same consideration as automobile drivers and can get tickets or other penalties for disobeying traffic laws.

Every individual's mode of transportation matters! When sharing the roads, we must be attentive and respectful to other road users. Remember that streets and paths belong to everyone and that sharing is more than just politeness. Some of the bicycling rules are as follows:

Same Laws Applied to Drivers of Other Vehicles

In Colorado, bicycles are categorized as vehicles. Therefore, they must adhere to many of the traffic regulations as automobiles.

One Person, One Bike, Unless it's a Tandem

No matter how enjoyable or romantic it may appear to ride on the back of a friend's bicycle or your sweetheart's handlebars, it is unlawful in Colorado to carry a passenger. The legislation specifies that no bike has more than the number of passengers it was intended or equipped for. So, if you want to take your tandem bike out for a spin, that's fine, but don't load more people on the bike than seats.

No "Skitching" Allowed on Colorado Streets and Roadways

Colorado law makes it illegal for cyclists to attach themselves to moving vehicles.

Both motorists and bikers must comprehend the bike lane idea. When a bike lane is available, cyclists must utilize it. The cyclist should ride to the far right of the traffic lane if none is available.

Bicyclists must move in the same direction as traffic, not in the opposite direction. Additionally, they should always stay in their lane and avoid weaving in and out of traffic. They should shift to the left lane if they intend to turn left.

Colorado bicycle road laws mandate that cyclists travel single file. However, if there is a clear view ahead and no traffic approaching from behind, two cyclists may ride next to one another. Unless on a roadway intended for bicycle usage, bicyclists cannot ride more than two abreast unless they are on a bicycle-only path.

Keep Your Hands in Control

Maintain at least one hand on the bicycle handlebars when riding, ensuring there is control at all times.

There are two ways to make a left turn:

For this, you stay in the bike or protected bike lane and proceed straight into the junction where you wish to make a left turn, keeping an eye out for cars turning right on the red light in the opposite direction. First, position yourself on the far side of the intersection, either to the right or left, slightly outside the bike lane, as it is safe. Then, reposition yourself to the left and cross the meeting when it is safe or when the light turns green if there is a signal.

Communicating your intentions makes your travel safe considering that Colorado law mandates it. You must fully extend your left arm to the side for a left turn. On the other hand, you open your left hand and arm vertically or horizontally for a right turn. To stop, the hand and arm are extended downward.

Pedestrians Have the Right-of-Way

There is no statewide prohibition on bikers riding on sidewalks in Colorado. Under Colorado law, cyclists are permitted to ride on a sidewalk as long as they concede to pedestrians. A cyclist who desires to pass a pedestrian while riding on a sidewalk must provide an audible signal, such as ringing a bell or making a verbal statement.

Additionally, the regulation requires bicycles that utilize crosswalks to do so in a pedestrian-safe way. Consequently, bikes in Colorado may legally ride on sidewalks so long as they defer to pedestrians. In addition, the legislation prohibits riding a bicycle or electric scooter along a sidewalk if local rules forbid it.

At The Max Law Firm, we have exclusively focused on personal injury cases. Our seasoned trial team has the knowledge, skills, and resources necessary to obtain full compensation for injuries, damages and losses to Colorado cyclists.

Call our legal office as soon as possible to schedule a consultation with a Denver bicycle accident attorney if you were injured in a cycling accident. We are devoted advocates for injured Colorado cyclists.

Raj Chohan is a personal injury attorney with a passion for helping injured Coloradans seek the compensation they deserve and the justice their cases demand. He is a former prosecutor with extensive jury trial experience in some of the most complex and serious cases that exist under Colorado law...

Thank you for contacting us. We will get back to you shortly.

Please complete all required fields below.